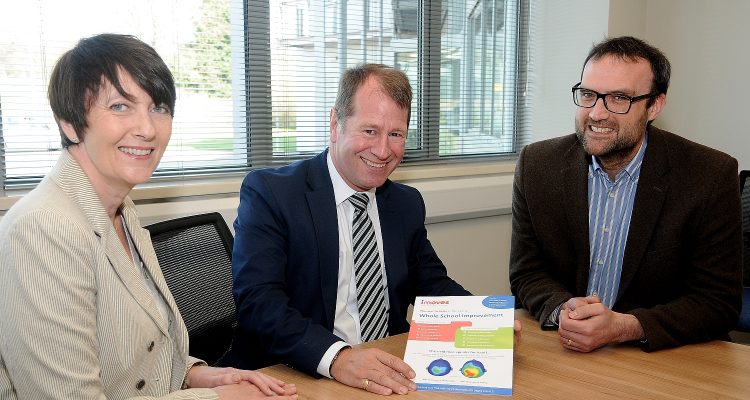 An award-winning Sheffield business is taking leaps and bounds towards its mission to get kids moving in schools across the country, after securing funding from the Northern Powerhouse Investment Fund and Finance For Enterprise, to develop a unique range of interactive dance and PE lessons.

Imogen Buxton-Pickles secured a £50,000 investment to support the development of her online business imoves, which helps primary school teachers deliver interactive PE and active lessons. Today, Imogen’s lesson plans are being enjoyed by thousands of school children throughout the UK and is installed in more than 600 primary schools.

The energetic entrepreneur hit on her winning idea after being employed in schools across Sheffield to deliver bespoke Dance and PE lessons. After seeing the positive reactions to the lessons by pupils, teachers begged Imogen to develop a series of easy to follow lesson plans to ensure youngsters were able to jump and jive when she was away from school. In 2013, three years after launching the business, Imogen realised the service had potential to help teachers and pupils nationwide and decided to pioneer an online platform which provided teachers with a library of interactive activities aimed at encouraging young children to move more.

Imogen knew she’d hit on a winning formula and recruited husband Ian to join the business. In 2017, imoves was crowned the winner of the nationwide ActiveLab competition; a UK competition to find the most innovative small tech company helping to get the country active – beating off competition from over 130 entrants to secure the top prize.

Following their competition win, Imogen and Ian began to think about expanding their business further. Inspired by the Government Active 60 campaign – which aims to get children moving for 60 minutes a day – the husband and wife team made plans to introduce an Active Classroom 30 interactive programme which would see the creation of 800 further lessons not just in PE and Dance, but injecting energy into subjects across the National Curriculum including Literacy, Geography, History and Science. With their expansion plans firmly in place, Imogen and Ian were halted by one problem: finance.

Ian approached alternative lending provider Finance For Enterprise for support to help imoves develop further and introduce new lessons. With the support of a dedicated Investment Manager, Ian and Imogen were able to secure a £25,000 loan from Finance For Enterprise and a further £25,000 loan from the Northern Powerhouse Investment Fund Micro-Finance Fund.

The £50,000 loan enabled the pair to invest in marketing the business and further developing their online platform.

“Ensuring children of primary school age are getting enough exercise in the modern era is a difficult problem facing both parents and teachers. Imogen realised that the problem wasn’t one which affected just one school, but schools nationwide. Britain is in the midst of an obesity crisis and we recognised that if children are active from an early age, they are more likely to continue being active in adulthood.

“Our resources have been carefully developed drawing upon Imogen’s background as a teacher and are designed to give children the opportunity to develop a range of skills, whilst also giving teachers the confidence to access new ideas and approaches to learning. We knew how we wanted to grow the business but couldn’t raise the finances to do so. After spending some time weighing up our options, we decided to contact Finance For Enterprise who helped us to access the vital funding we needed to fuel our expansion plans.

“As a small, relatively new business with a limited track record, there were issues securing a business loan from traditional lenders. Without the funding from Finance For Enterprise, we simply wouldn’t have been able to expand. The service they provided proved to be invaluable to our growth plans and we are setting our sights on further growth, as we use our winning formula to set our sights on expanding our operations both in the UK and overseas.”

“Imogen and Ian’s work is a great example of how they spotted a niche in the market. Not only are they currently developing a very successful business, but have also laid the foundations for encouraging more children to remain fit and active throughout their formative years.

“My role as an Investment Manager has enabled me to work with the pair to ensure they could access the funds needed to take their business further, after they struggled to secure bank lending. The loan supplied by Finance For Enterprise has enabled imoves to increase their offering, re-invent their brand and develop future plans to invest in international markets.”