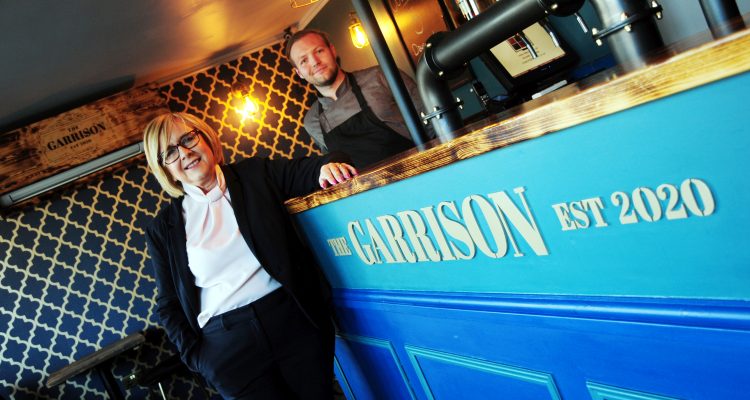 A young chef has shown all of his Yorkshire grit and determination to transform a former tearoom into his dream restaurant, despite being only able to welcome guests for one week since opening his doors for the first time.

Elliott Vaughan opened his 1920s themed restaurant, The Garrison, last October after securing financial help from alternative lending provider Finance For Enterprise. However, within less than seven days, his plans were thrown into jeopardy when, along with the whole of South Yorkshire’s hospitality sector, the restaurant was ordered to close as South Yorkshire entered into Tier 3 lockdown. 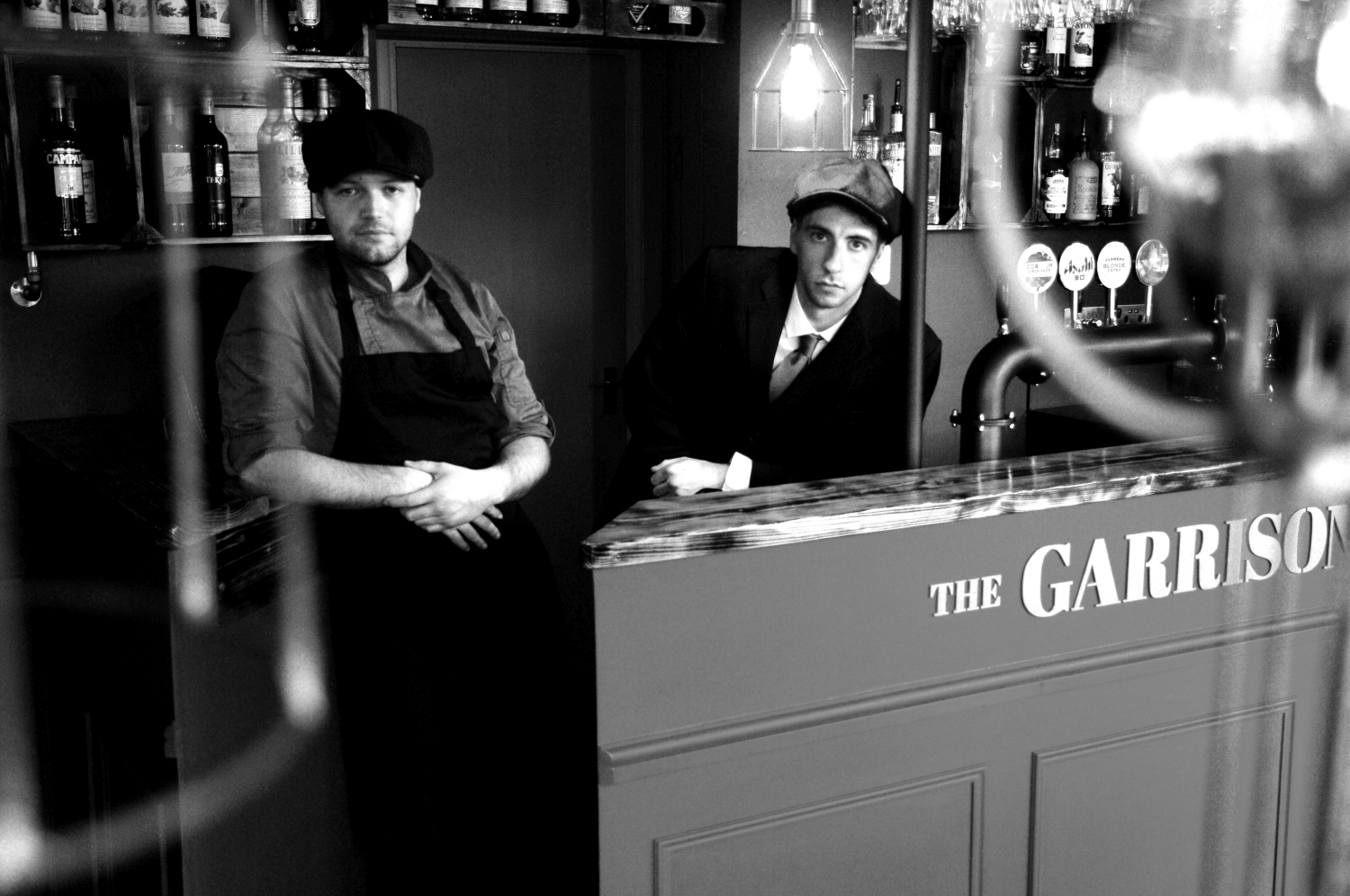 Unable to welcome customers to his new venue, Elliott was forced to take matters into his own hands and decided to re-invent his restaurant by offering takeaway and delivery services, enabling customers to enjoy a preview of his innovative kitchen creations including his signature Yorkshire pudding wrap, or as some locals refer to it, a Sunday dinner in a sandwich. To Elliott’s surprise, his takeaway services have proved to be incredibly popular, and despite having enjoyed less than two weeks of welcoming customers to his restaurant, he is hoping they will finally be able to experience the unique environment he has created.

Drawing on inspiration from the hit TV show Peaky Blinders, whilst giving a nod to the golden age of jazz, Elliott re-imagined the former tearoom, transforming it into a cosy, atmospheric dining experience.

Despite his tender years, Elliott is no stranger to the hospitality industry. He picked up his first kitchen knife aged just 15.  When he left school a year later, he headed straight to catering college, rising through the ranks as he worked alongside experienced chefs working in independently owned restaurants across South Yorkshire.

Elliott had always dreamed of running his own business. In 2019, he began making tentative plans to build and launch his own mobile catering business. His plans changed when, whilst browsing the Internet, he saw the tearoom being advertised for sale, so he reached out to the owner – someone who he’d worked with regularly during his career.

A deal was agreed in principle and only one thing stood in his way: financing the new venture. Like many new entrepreneurs, Elliott struggled to access help from traditional high street lenders, and it seemed as if his entrepreneurial ambitions would be dashed. However, a former tutor came to his rescue and recommended that he should try approaching Finance For Enterprise for help.

Working with experienced start-up loan adviser Gillian Pickard, Elliott spent time carefully developing his business plans and was able to secure a Start Up Loan to help cover the costs of transforming the former tearoom into his dream destination. 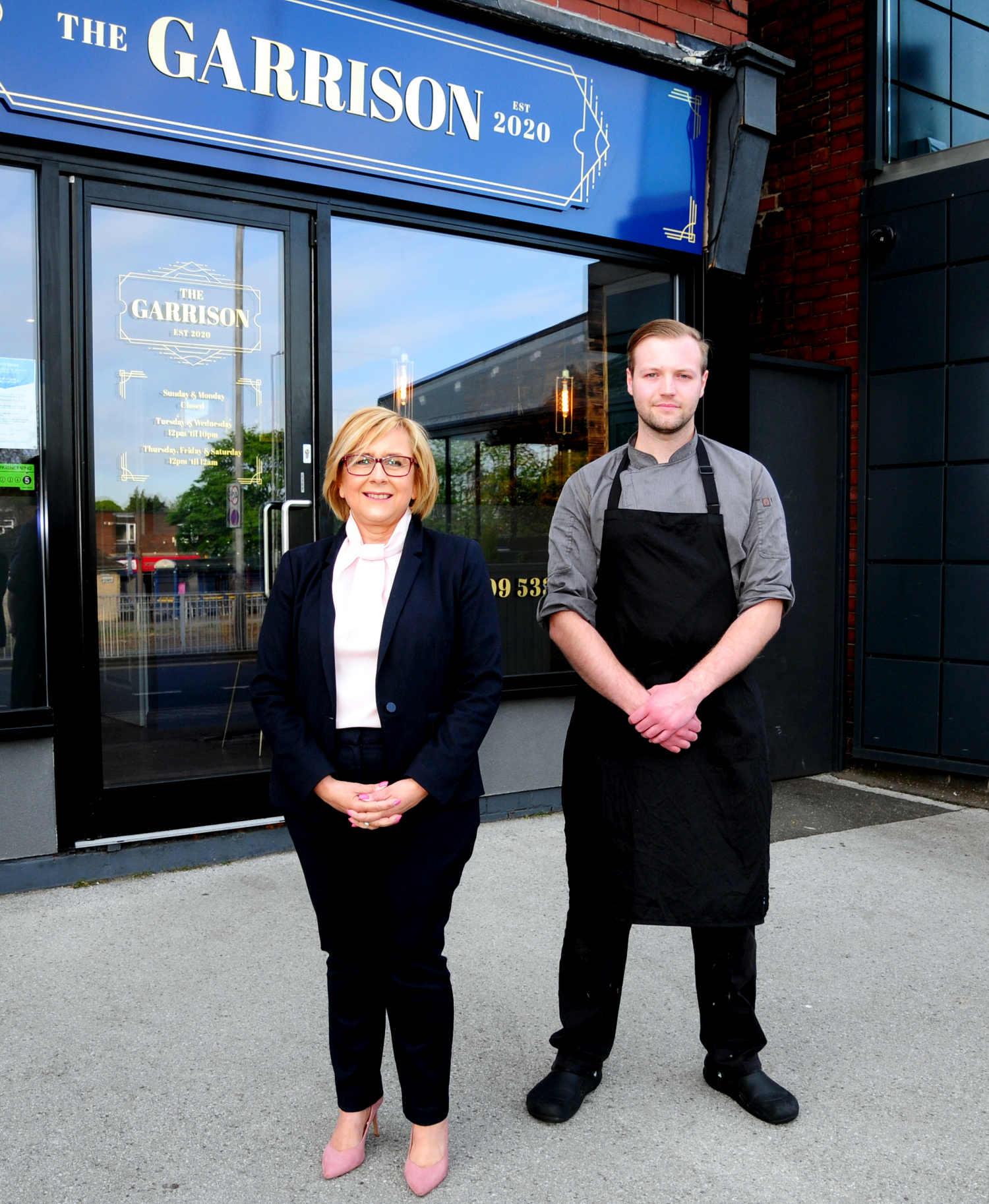 “I’d always dreamed of running my own business, and from the moment I spotted the pictures of the site on the Internet, I felt I’d never get a better chance. I liked the idea of creating a venue that combined a traditional, relaxed environment with great food. It was that which drew me to the idea of a 1920s themed bar.

“I knew finance may be a stumbling block, and the banks I first approached were quick to dismiss my ideas. Gillian was very different though. She listened to me, took me seriously and helped me to understand the different options to raise the money I needed, and she guided me through the application process. Once I’d written my business plan and financial projections, it helped me to understand how the business would work.

“I was never particularly academic at school, and although I liked the idea being my own boss, I never for one minute thought it would be possible. People like me tend to work in businesses, rather than own them! The help I received from Finance For Enterprise has given me the confidence to believe in my idea. I knew it was important to know my numbers; fortunately, my father-in-law is a business consultant and both he and Gillian were brilliant when it came to understanding what I needed to do to make the business a success.

“Since securing the start-up loan funding, I’ve been able to give the building a complete overhaul. The restaurant now employs three people, and even though we’ve only been able to open the restaurant for less than two weeks since I launched the business in October, we’ve seen our delivery services in high demand and received some terrific reviews. I’m really looking forward to meeting those customers in person!”

“We always base our lending decisions on merit and affordability, Elliott’s passion for his business and determination to see the idea succeed, even during an incredibly uncertain time for many hospitality businesses, speaks volumes about his commitment and determination to make his restaurant a success.

“Like many new business owners, Elliott realised that he needed additional funding to secure the premises and transform them into his homage to the 1920s, but he was unable to access help from high street banks who simply dismissed his ideas. We discussed his plans, and it was clear that he had a solid grasp and understanding of what was involved in running the restaurant. Backed with his solid business plans, I didn’t hesitate to recommend his application, and as a result of the Start Up Loan funding Elliott has received, he’s been able to act on his ambitions, creating an incredibly atmospheric venue and one which I’m sure will be popular with food lovers for many years to come.”

Finance For Enterprise is a delivery partner of Start Up Loans UK, an initiative backed by the British Business Bank designed to help new entrepreneurs secure lending. Since the Start Up Loans scheme was launched in 2012, the programme has helped more than 75,000 entrepreneurs to realise their business ambitions. In Yorkshire and the Humber, Start Up Loans UK has provided nearly £55 million to over 6,300 new businesses.

Finance For Enterprise provides a range of tailored loans, aimed at helping SMEs in Yorkshire and the Humber, the East Midlands and Lincolnshire. The company acts as a fund manager for the Northern Powerhouse Investment Fund and Start Up Loans UK and provides business loans up to £250,000.